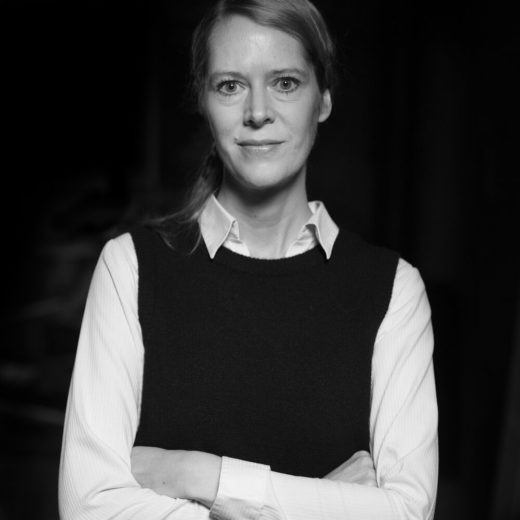 -And when a historical novel manages to appear like a breath of fresh air, then I'm taken aback. - Yes please. I'd love another one!

Tell us about your background and why you chose to write a novel about Hamilton and the founding of the USA?

-I was born in the USA to Norwegian parents. We moved to Norway when I was 7 years old, and as an adult I have lived in the US for 7 years, most recently 6 years in California, where I studied political science and film. While studying American history at San Francisco State University in 2005, I learned about the War of Independence in 1776. I fell in love with Alexander Hamilton, one of the founders of the United States and the country’s first Secretary of the Treasury. Hamilton, like me, belonged in several places: He moved to America as a youth from St. Croix, the Caribbean sugar colony island where he grew up. I wanted to write about the history of the United States based on the unique and exciting life story of Hamilton and the people around him.

What qualities do you admire in Hamilton?

-I like that he is so intelligent, hyperactive, passionate and wise, and that he knew so much about so many different disciplines, such as economics, politics, philosophy, history, literature and warfare. He even wrote metrical love poetry, which was published in the local newspaper on St. Croix when he was a teenager. He was very talkative and loved having an audience, something I recognize in myself.

And which aspects of Hamilton’s character do you find less appealing?

-Hamilton often got into conflicts with the men around him on account of being a besserwisser and a hothead. He made a lot of insulting remarks about his colleagues, which eventually led him to being killed in a duel with Vice President Aaron Burr. I think he would have had a better chance of becoming president if he had been a little more diplomatic. His extramarital affair makes with Maria Reynolds makes it difficult to look at him as a pure-hearted hero. He was a complex man with many faults. But this doesn’t make me dislike him; on the contrary, I find it easier to identify with someone who occasionally makes problematic choices.

I have largely stuck to reality when it comes to the framework of the story. It has been a great challenge, but also a great pleasure, to breathe life into this important period in world history and use it to say something that is important to me personally and relevant to readers today. The United States was not created by just a few white, privileged men. More invisible actors, such as soldiers, slaves, post riders and wives, were instrumental in building the nation, even though little space has been dedicated to their efforts in the history books.

In I FOUNDED THE UNITED STATES, several of the men come across as sensual and vulnerable, and are often driven by strong emotions. What made you focus on these traits?

-Great historical figures like Washington, Lincoln or Churchill are often portrayed in fiction as strong and wise, with discreet, supportive wives. Their personalities are usually presented in a polite, somewhat bland way, and their complexity, flaws and inconsistencies are usually glossed over. Emotions and sensuality seem to be perceived as signs of weakness in powerful men, something that must be hidden in order to inspire confidence.

Personally, I have known many sensual and sensitive men, so I know that they exist. In my experience, men tend to hide their vulnerability, probably to avoid being judged.

In many ways, Hamilton was a Renaissance man with many talents. This is exactly what I dream of being! In my ideal world, it wouldn’t be perceived as negative if you worked with completely different projects in various disciplines at the same time. I want to continue to do everything I love: Music, film, literature, performance.

Right now, for example, I am writing my first opera with a Spanish composer. But if I had to choose just one format, it would probably be the novel, because as a novelist, I can be in control of everything: I am the writer, director, producer, actor and costume designer.