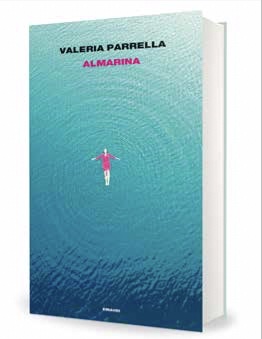 Elisabetta teaches math at the Nisida juvenile detention center. Ever since she found herself living on her own, it is as though every border has shifted. Almarina is one of her students; she is Romanian and she bears the signs of her personal history on her body, but when she wants to, she can make it fly. Together, closed up in that small classroom, a true island within an island, they will discover a possible pathway to salvation.

Can a prison free the people who enter it?
Is there an island in the Mediterranean from which you can never reach the sea?
It happens at Nisida, just beyond the promontory of Posillipo. Nisida, moored like a boat, is a small island nestled between Capri and Bagnoli. This is where Elisabetta Maiorano does sums at the blackboard with a mixed group of young inmates.
She is fifty years old; she lives alone; every morning she crosses the city with all its contradictions.
But one day, Almarina shows up in her classroom. The prospects change, the earth becomes the sea and its opposite, and those stairs always leading downward – ener- vating bureaucracy, unexpected deaths, sleepless nights – reveal the other possibility: an opportunity to ascend them.
In a dry writing style, warm, intimate, and political, Valeria Parrella precisely touch- es our emotions, giving voice to two forms of loneliness whose power will move us. “The hardest thing is to see them go away, because of where will they go. They are still so young, and they will go back to where they came from, and where they came from is the reason they are here”.

“For years, I entered the Nisida juvenile detention center without ever being able to really recount it. It was the same thing with Naples: I always found it elusive, so I would talk about it without ever naming it (and then: I was too afraid of reducing it to a label). In this book, I tried to go the extra mile. To name Naples and talk about Nisida: to conjugate the world with our intimate solitude. And since it wasn’t an easy project, I decided to use an easy, un- derstandable language: a way to write respectfully”.

For years she has written the book column for Grazia and collaborates with la Repubblica.

For nordic markets only
Literary fiction