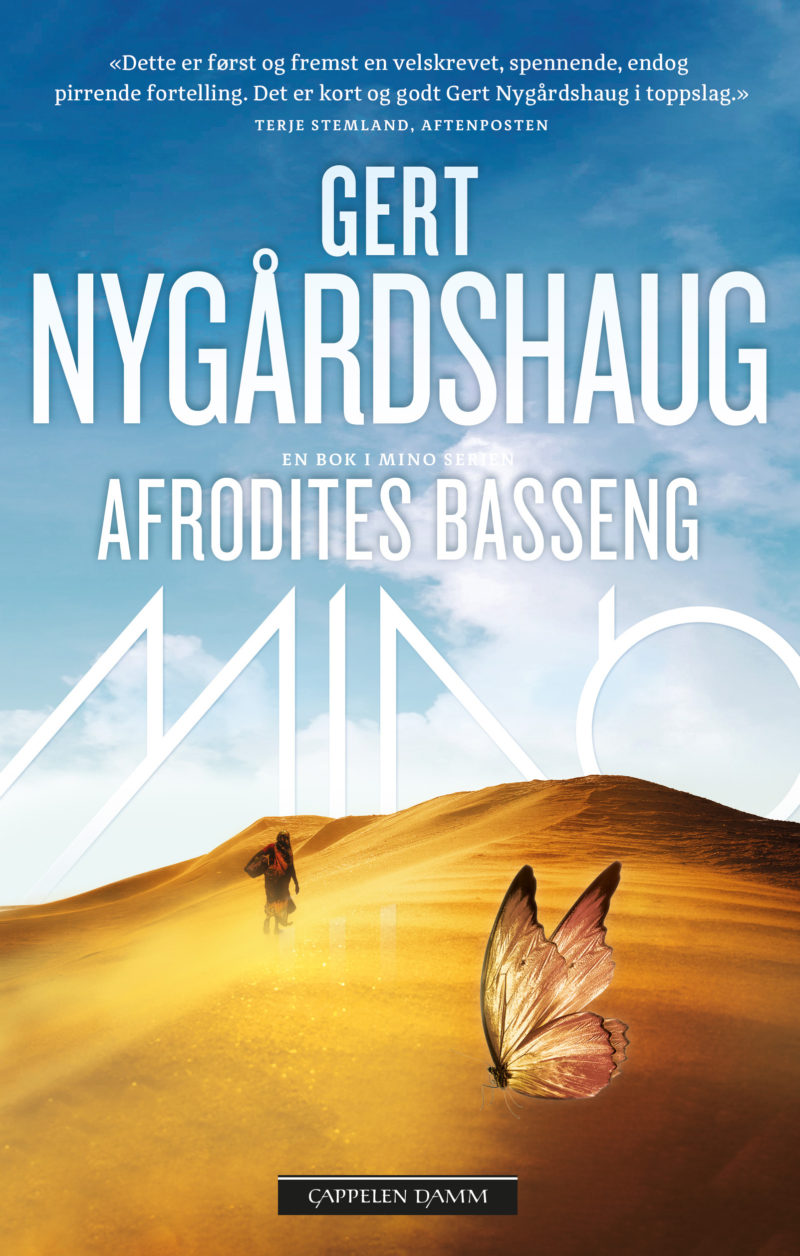 “The young woman got up and stared, rubbed sand from her eyes and cheeks and stared again; she saw maltreated bodies, body parts and blood, a red steam coming from the hot sands, birds screaming from the blue sky, she turned away not to see more, and suddenly discovered a movement in the midst of the alley; one of the soldiers lived! he came crawling at her with blood in his and one broken foot, she reacted with horror and pulled the odooji knife from the veil, the shiny steel flashed …

In Aphrodite’s Basin, civil war, violent protests and a technological breakdown led the researcher Jonar Snefang and his son Erlan to a remote settlement in Norway. One day Jonar suddenly feels a disturbing smell and hear unfamiliar and frightning sounds…

He is awarded a mysterious, beautiful wooden box containing, among other things, a map of Sahara and an old book with a riddle. At the same time, Jonar dreams of the young woman Ooni who walks in the desert .

Allthough a stand alone novel; Aphrodites Basin is the third book in the Mino trilogy.

This is primarily a well-written, exciting, even catchy story. It is Gert Nygårdshaug at his best

Gert Nygårdshaug is an author which happily moves outside of box. He does so in his new book "Aphrodite´s Basin". It's puzzling and it's absolutely magnificent

With Aphrodite´s Basin, Gert Nygårdshaug has written a novel that differs from anything else published here. Perhaps this is his best ever

The last novel of libert Gert Nygårdshaug is difficult to relinquish. The book pours the intellect and feelings all the way