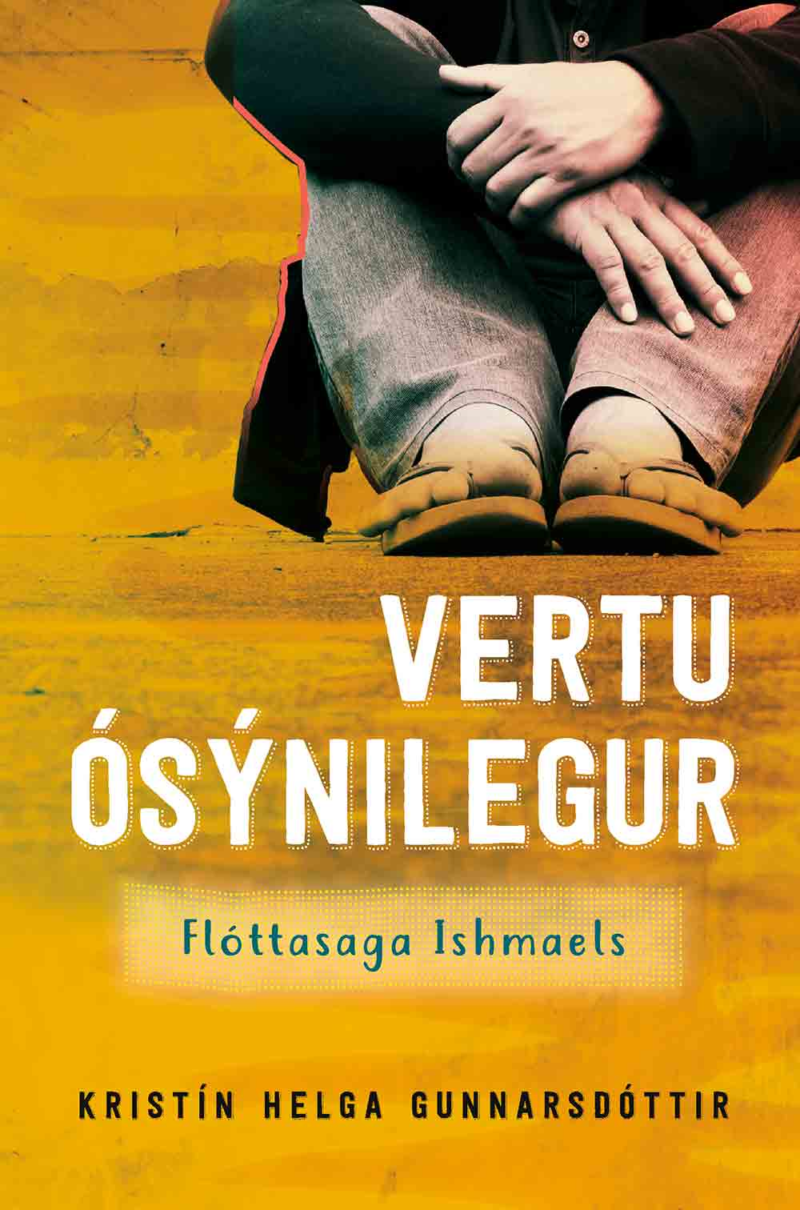 The way down Death Street is smooth tonight. They wind their way between carpets that hang across the street here and there to block the view of snipers. – The magic is to imagine that one is invisible, Ishmael, when you meet these armed men. Make yourself tiny and don’t look anyone in the eye. Hurry to where you are going without running. It makes them suspicious if you run.

Once Ishmael lived in a lively city where merchants sold their wares in the soukh and children ran around in a fairytale world. Now he is fourteen years old and his city is a warzone. When his home is destroyed, he has no other choice than to flee and try to find shelter in a peaceful country. But the path of escape is dangerous and he must again risk his life. In the meantime, a small family in Iceland struggles to take on the difficult task of settling into a new country, achieving small victories every day.

Be Invisible – The Story of Ishmael’s Escape is a novel built on interviews, news, and other sources about the civil war in Syria, the fate of the people, and their destiny.

free from sentimentality but full of feeling, informative without being overwhelming. It's easy to become numb to something that makes the news nearly every day, making it that much more important to present this material in a manner that makes it difficult to ignore

With depht, realistic descriptions, this book portrays the struggle to live a normal life amidst the terrible maelstrom of war. At the same time, it tactfully discusses teenagers' and young adults' sensitive emotions, as well as interpersonal communication and its many challenges. Adjusting to a strange new society can be difficult, and prejudice and ignorance often hinder normal communication

...a highly human story that offers insight into a world that is difficult to imagine but easy to ignore, and when an author as good as Kristín Helga writes, the result is a book everyone should read... Be Invisible is a moving contemporary tale that trains a spotlight on the plight of refugee children. Hopefully this book will make its way into the hands of as many readers as possible, teenagers and adults alike