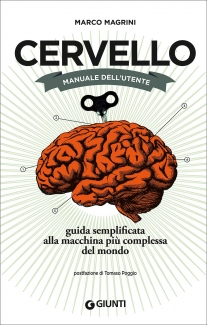 The brain: A simplified guide to the most complex machine in the world

“We have a user’s manual for all the machines we possess, except for the most important one.” After having such an obvious illumination, Marco Magrini decided to write a book about the human brain, but treating it as if it were a manual for your washing machine or refrigerator.

The metaphor is clearly evident in the book’s chapter titles, such as Installation, Operation, Control Panel, Expansions or End-of-life. A humorous tone, as in the comparison between the Model FTM (female) and Model MTM (male) brains, makes this a manual that everyone with a brain can enjoy.

The brain is not exactly a machine, yet every user of a human brain should know more about the components, the mechanisms and the biological gears that make it work. And it’s just the right time to do so: even though mankind is far from fully comprehending it, the enormous advances made by neuroscience in recent years are shedding light on the counterintuitive and unexpected wonders of the brain machine. “They are admirably described in this book,” MIT professor Tomaso Poggio writes in the afterword, “which also happens to be fun.”

Marco Magrini, 59, journalist, writes about science and technology. He claims to be a descendant of Giovanni Villani, a chronicler in medieval Florence. After spending 24 years as a senior correspondent with the Italian business daily Il Sole-24 Ore, he now has a blog on the website for “L’Espresso”, while regularly contributing to “La Stampa” and to “Geographical”, London’s Royal Geographical Society magazine.