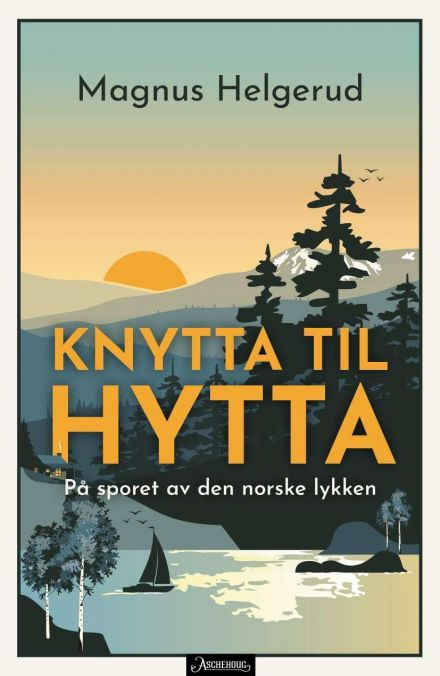 Cabin crazy- in search of the Norwegian happiness

Norwegians are cabin crazy. And this might just be why they’re among the happiest and healthiest people on earth.

A population of 5 million people with nearly 500 000 cabins to their names, and 5000 new ones being built every, single year. The average Norwegian spends 50 days per annum in the mountains or by the sea. But why on earth do these people spend their Easter holiday stumbling their way up snowy mountains? And why do they spend the long awaited, nordic summer days, doing maintenance work on their cabins? Were they born cabin crazy, or have they become like that?

Norwegian journalist and historian, Magnus Helgerud, take us along on an entertaining journey from the fjords to the mountains, through the curious corners of the Norwegian Cabintopia, and on a parallel hike through the history of life at the cottage. Our point of departure is his families cabin chronicles, which takes us back to the time when discarded railway carriages were hauled out to the coast and used as cabins.

Along the way we are joined by a colorful cast of characters. A cabin owner poisoning her brother-in-law because he acts like the cabin is his own, billionaires blowing up rocky beaches to build illegal tennis courts, seaside doctors prescribing jellyfish stings for back pains, and the author’s grandmother who misses her paradise on earth.

A must for everyone who dreams of owning a cabin. CABIN CRAZY is an original and witty contribution to the growing pile of publications on the joys of “Friluftsliv”

A tour de force within all aspects of life at the cabin! Entertaining and full of curiosities. A well written book by an author who shows great depth of knowledge and a knack for humor.

Cabin crazy- in search of the Norwegian happiness