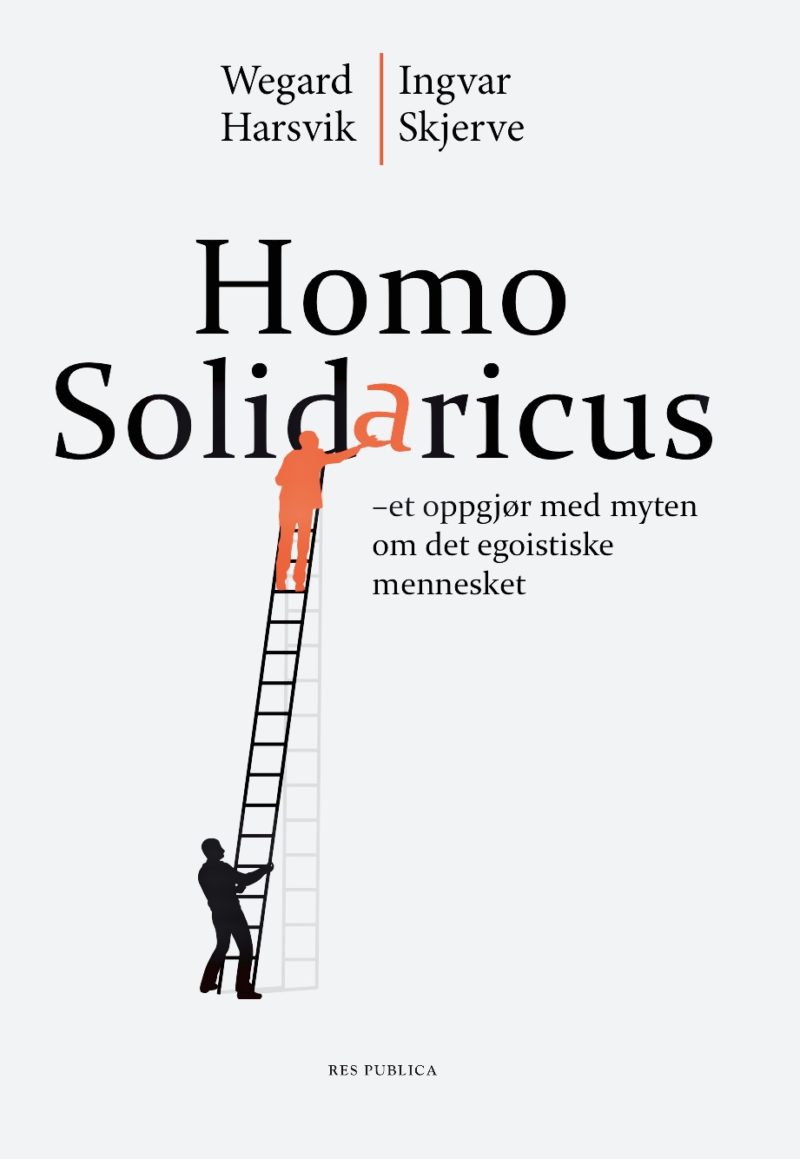 New insights from biology, behavioral science and economics have, over the last 50 years, turned ideas about human beings upside down.
Especially the notion of Homo Economicus – the idea that we all have narrow self-interest as a goal in everything we do – has been changed.
In this book, Wegard Harsvik and Ingvar Skjerve introduce us to an opposite to Homo Economicus:  Homo Solidaricus.
The book shows that selfishness and self-gain must be prevailing as the idea of Homo Economicus is wrong.

It introduces new knowledge that shows cooperation is fundamental to us as a species. The authors let us see how this must also have consequences for how we discuss politics and create good societies. Solidarity and community is not a fight against human nature. It is deeply rooted in us.

Wegard Harsvik (b. 1967) is head of public relations and strategy in LO. He has long political experience, including as state secretary at the Ministry of Health and Care Services and the Ministry of Culture, political adviser at the Ministry of Education and the Storting representative (AP). Harsvik holds a Master’s degree in Social Economics, Sociology and History from University of Oslo, and has written several books, including “Blåkopi” (2013) and “Word is power”, with Sara Gunnerud, (2015).

Ingvar Skjerve (b. 1978) is a nurse with a master’s degree in professional ethics and diakonia. He works as a political advisor.

Ingvar has co-written the book “Participants. A journey in the future of democracy ”(Manifesto, 2009).

a thought-provoking and good book.

Solidarity and social behaviour is not learnt, it is found in our genetic material. Therefore, we have the potential to create a more just world. We can become Homo solidaricus, if we organize society so that it stimulates our empathic sides. It is not at all a bad New Year's message. […] There are worse things to do in 2019 than reading Homo Solidaricus

....published in Danish at a time when there can hardly be a greater need for it. It raises a number of basic questions, which concern us all, and which can help to create movement in the Danish debate on how we shape society with Homo Solidaricus.