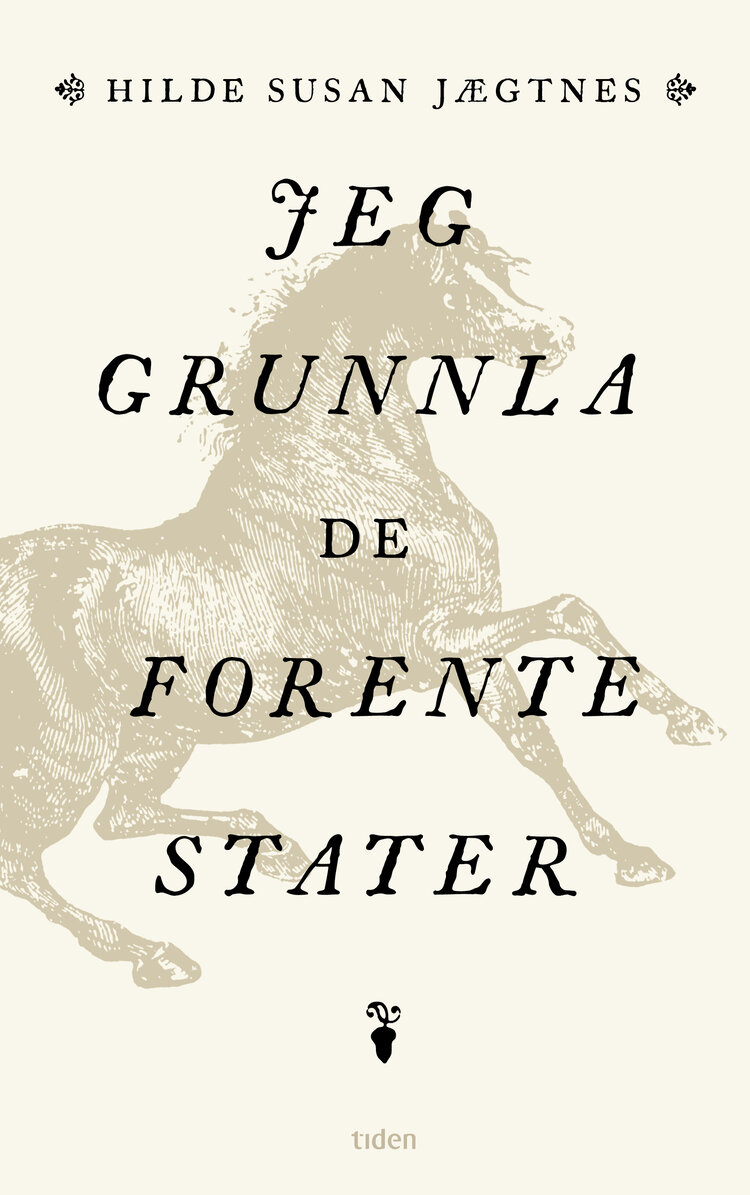 Shortlisted for the P2, novel of the year-award 2021

Nominated for Sørlandets Prize for Literature

How did an impoverished orphan from the slave colony St. Croix come to play a key role in designing the most powerful democracy of our time? Alexander Hamilton was George Washington’s right hand and the first American Secretary of the Treasury. His journey from an outsider position to the innermost circles of power is also the story of how the US was forged and fought his way into independence. In this exuberant and intimate novel, Hamilton and some of the people who shaped him get to tell their version of the story. Readers will be drawn into the center of events, where principles collide with lust, loyalty is rewarded with betrayal, and conflicts are solved through wars and duels.

Above all, I FOUNDED THE UNITED STATES examines how power is experienced by those who strive for it, those who have it- and those who remain disempowered.

What a novel! (...) I founded the United States takes us from society’s lowest to highest level on the East Coast of America during the second half of the 18th century, offering generous portions of intrigues and desire, power struggles and jealousy, binge drinking and fever hallucinations, ideological discussions, rough living conditions with slim chances of success, acerbic repartees, fried bacon and friendship that prevails over all. It’s a lot, but the author has an impressive level of command of her material.

Hilde Susan Jægtnes’ irreverent, playful way of writing a novel offers (...) multiple occasions to reflect on the limits between art and artist. Her determined energy and self-conscious will to transcend well-established formulas provide a pleasurable and engaging reading experience all the way through. Well done!

And when a historical novel manages to appear like a breath of fresh air, then I'm taken aback. - Yes please. I'd love to take another one!

I Founded The United States is, in short, a brilliant novel.

I founded the United States is a page turner, regardless of interest in American history or not. It is a joy to read, and deserves to reach a large audience

Jægtnes' roman is much more than a historical novel. It is a beautiful and solidary depiction of a complicated, multifaceted man; a breathtaking love affair and people in a changing world.
Jægtnes never succumbs to sentimentality, and she skilfully avoids the greatest dangers when writing historical novels: interpreting the people of that time with a contemporary view (political and psychological); and to speak down to the reader by repeatedly breaking off the action and depicting a lot of historical facts to make sure the reader understands.
In a beautiful and precise language tone, she manages to draw the time and the people so that they stand vividly before the reader. It's an art - great art.

Just as I was about to complain about the lack of variety in Norwegian contemporary literature...Too rarely do we see such playfulness and originality in the handling of historical material in Norwegian.

It's no surprise that the novel is nominated for this year's Brage prize...it's a page turner.

There are many "I" voices here and each of them aspires to a Whitman-like diversity - the poet who heard "America sing". Jægtnes' achievement is first and foremost that she gives life to this choir of voices.