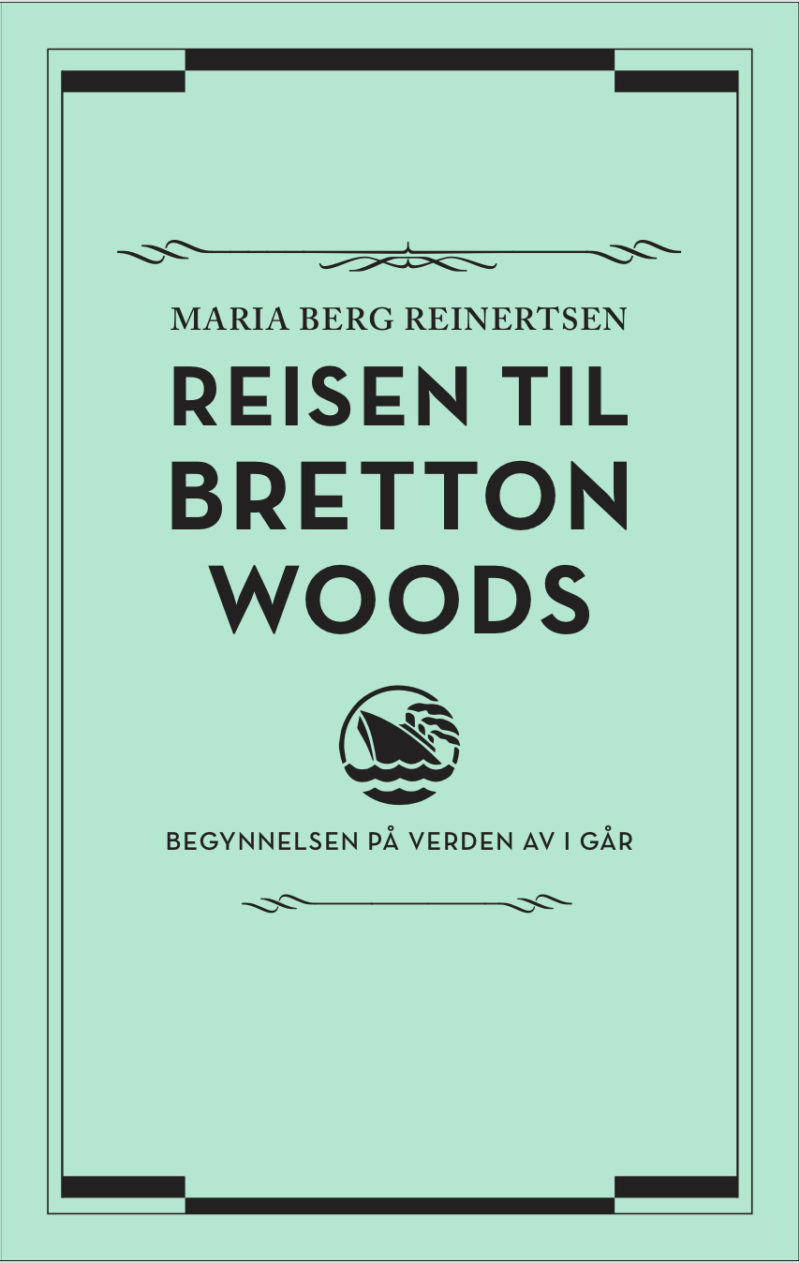 Early one summer’s day of 1944 John Maynard Keynes, together with a small group of economists, set sail across the Atlantic on the former luxury ocean liner Queen Mary. The members of this group had various agendas- some of them wanted to create a better world.  It was just 10 days after the D-Day landings in Normandy. In their wake, London was getting over the first attack performed with the VI – the flying bomb – Hitler’s new super weapon. Under the deck of the ship, 2000 German prisoners of war from the landing at Normandy were kept. Ahead of them were seven days at sea, journeying to the Bretton Woods conference that was to shape the economic order of the postwar world. This book tells the story of the boat trip that laid the foundation for the world economy as we know it today, 70 years later- and the fascinating characters on board, the people behind this agreement. During the crossing to the Bretton Woods conference, the travelers wrote a draft of the organization of the World Bank and the IMF (The International Monetary Fund) while the ship Queen Mary sailed in zigzags to avoid German submarines- none of the passengers knew which route they were sailing.

Maria Reinertsen writes well. She's switching elegantly between disagreements of the past and challenges of today. She connects the dots all the way up to the globalization protesters against these institutions at the end of the 1990's and the beginning of the 2000's, to Greece's economic challenges after the Euro crisis in the 2010's and to Donald Trump's trade protectionism in our days. This makes the book more than just a history book about a decisive epoch, it also becomes a book that in an insightful way gives us an overview over some of the most controversial topics in world economy the last decades

Her background as an economist from the university, as a journalist and a researcher, gives this book the necessary amount of lightness, humor and personal thoughts

This is an extraordinarily well written and vivid story that has all the ingredients. The literary quality, composition, descriptions and language are of the highest brand. We are also well inaugurated in the various interests, positions, negotiating mandates of the Allies, and the game within the British camp between the reformer Keynes and the Bank of England. All this and more make the book exciting, informative and fun to read, in short a reading experience of the rare within the genre. Also, the portraits of the persons on board, of Keynes, Lionel Robbins, the Norwegian Wilhelm Keilhau and several others, are so vivid that you are left with a picture of how the meetings on board may have worked. It testifies to thorough source studies.

Quite remarkably, the voyage to Bretton Woods is framed by the author’s own experiences, whether reacting to the 1999 siege of Seattle, interviewing IMF officials, or hunting down lost manuscripts. “Nature,” she rightly notes, “is a careless archivist” (p. 23). The result of her efforts is a deeply personal form of lit- erary performance art devoted to one of the cardinal moments in the history of global capitalism (...) Through biographies, memoirs, letters, and archival materials she beautifully renders the ambience, rhythms, and stakes of debates on board the ship (...) It is at this intersection of the individual and the aggregate, the human and the abstract, that The Journey to Bretton Woods truly shines.

Acquiring professional knowledge is only the beginning of transmitting. The next step is to find a language that communicates with people who lack prior knowledge and do not know the jargon (...) Maria Berg Reinertsen conveys extraordinarily

Winston Churchill once said -The farther back you can look, the farther forward you are likely to see. In the middle of the worst pandemic in a century and increasing rivalry between states, we will need to rethink how to make multilateralism fit for purpose. And we can learn from the past - from the ambitious approach of the founding fathers of the Bretton Woods institutions.
The pandemic has again shown that we are interconnected, we depend on each other and we are only as strong as our weakest link. New actors and new technologies create new kinds of challenges. Old structures and old instruments alone will not be sufficient to respond to them. But discarding existing frameworks would create a dangerous vacuum. Multilateralism, if it is to grow, must be not just generous but also creative and practical. International institutions need to adapt.
Maria Berg Reinertsen’s book “The Journey to Bretton Woods” couldn’t be more timely. We’ve got to learn from history and be as brave as the visionary leaders after the Second World War. Reinertsen’s book tells the story of the boat trip that laid the foundation for the world economy. During the crossing to the Bretton Woods conference, the travelers wrote a draft of the organization of the World Bank and the IMF (The International Monetary Fund). We can all learn a lot from the brave and visionary men who gathered on the Atlantic Ocean the summer of 1944 to, in Keynes’s words, utilize “the war’s peace” to create a better world