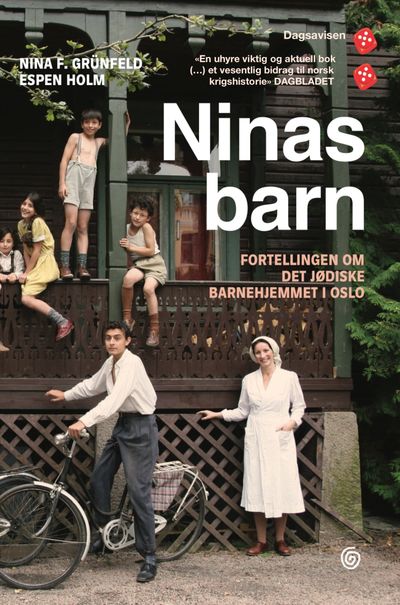 The story of Oslo’s Jewish orphanage.

In 1938-39 two groups of Jewish refugees arrived in Norway assisted by Nansen Relief. They were all under ten years old, malnourished and with no family. They came from Austria and Czechoslovakia. One of them was a boy, Berthold Grünfeld, who would later become the father of Nina, one of the book’s authors.

The Norwegian Jewish community established a home for the children at number 21, Holbergs gate. They were to live there until it was safe for them to return home. The home was run by Nina (née Hackel) Hasvold, a strong woman from a family of Russian refugees in Berlin, who, through a series of coincidences, ended up in Oslo in the years before the war. She would be like a mother to Berthold and the other children. In the autumn of 1942 a handful of men and women managed to move all thirteen children to safety across the border with Sweden. Who were these rescuers? Who were the children? What kind of lives did they end up leading? The book builds on rich source material, including letters the children wrote and memories of their arrival in Norway and their dangerous escape to Sweden. Nina’s Children was also made into a documentary film by the co-author, Nina Grünfeld

Seen through the lense of today's refugee crisis, 'Nina's Children' is a tremendously important and topical book.

Nina Grünfeld is named after Nina Hasvoll and tells her story with admiration and love. Both the book and the film are permeated by an infectious gratitude.