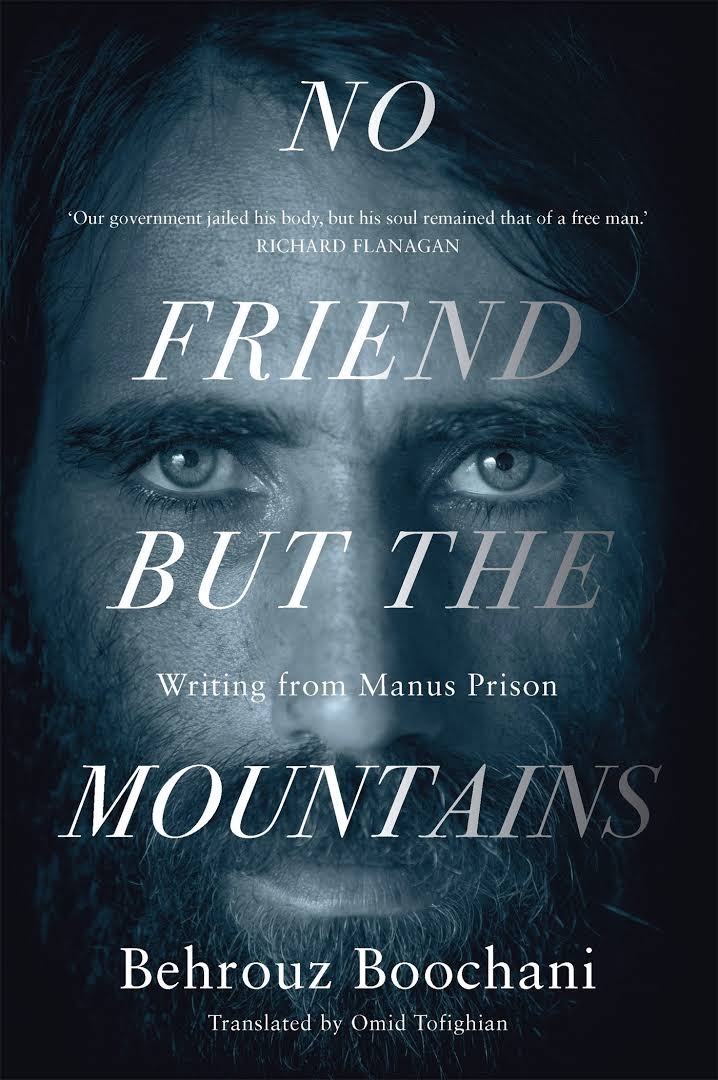 Winner of 2019 Victorian Prize for Literature

In 2013, Kurdish journalist Behrouz Boochani was illegally detained on Manus Island. He has been there ever since.

This book is the result. Laboriously tapped out on a mobile phone and translated from the Farsi. It is a voice of witness, an act of survival. A lyric first-hand account. A cry of resistance. A vivid portrait through five years of incarceration and exile.

Do Kurds have any friends other than the mountains?

A chant, a cry from the heart, a lament, fuelled by a fierce urgency, written with the lyricism of a poet, the literary skills of a novelist, and the profound insights of an astute observer of human behaviour and the ruthless politics of a cruel and unjust imprisonment

Arnold Zable, author of the award-winning Jewels and Ashes and Cafe Scheherazade

In the absence of images, turn to this book to fathom what we have done, what we continue to do. It is, put simply, the most extraordinary and important book I have ever read.

Not for the faint-hearted, it's a powerful, devastating insight into a situation that's so often seen through a political - not personal - lens.

Behrouz Boochani has written a book which is as powerful as it is poetic and moving. He describes his experience of living in a refugee prison with profound insight and intelligence

(Original title: No Friends But the Mountains)