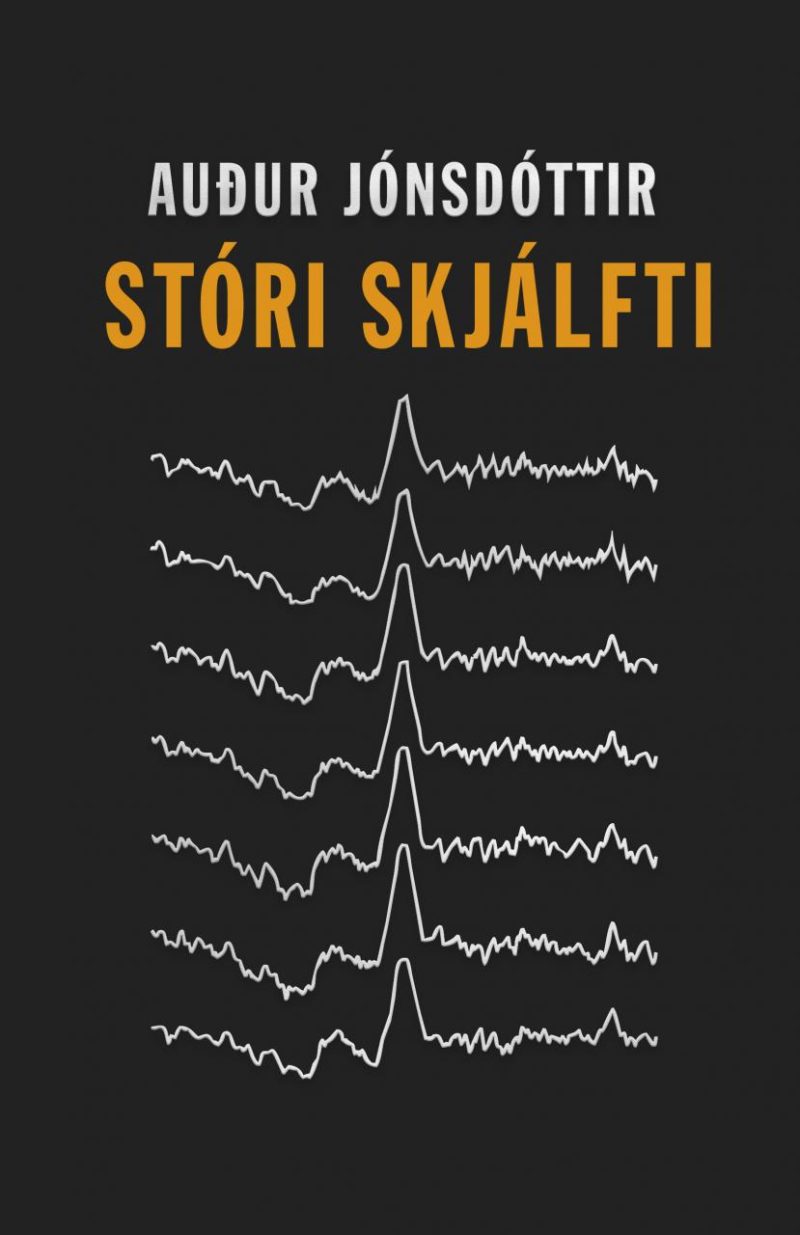 Shortlisted for the Icelandic Literary Prize, Quake is a haunting novel about Saga, a woman who comes to after an epileptic seizure on a sidewalk along busy Miklabraut Street. Her three-year-old son is gone. The last thing she remembers is a double-decker bus that no one else can confirm seeing. Over the following days, Saga’s mind is beset by memories and doubts. What happened before her seizure? Who can she trust? And how can she make any sense of her emotions when her memory is so fragmented?

Hailed as Audur Jonsdottir’s “best-written novel so far,” Quake is a shocking and revelatory exploration of the blurred lines between fact and fiction, reality and imagination, and where mother ends and child begins.

A brilliant way to tell a family story… Auður is excellent at drawing a full picture of every person individually… She holds me tight. I really lived it all. I would be willing to read a novel about each and every character in this book.

Auður will be a better stylist with every book she publishes and Quake is probably her best written book to date....The characters are three-dimensional, human and fragile, well-formed and strong, characters that we think we know from so-called reality, but of course we start to doubt, when reading, if we actually do know some people... even ourselves.

The whole character gallery is interesting and comes to life on the page… Auður plays well with ideas about identity and reality, what lies beneath the surface of communication. Quake is an effective and gripping novel, without a doubt one of the best books of the year. Auður has long ago shown how good a narrator she is, but here her mastery of style is stronger than ever, effortless and with a beautiful flow, a division is made between thoughts and reality, past and present...There are interesting and deep ideas about what is to be human and live in community with others. The reader cannot help but be impressed.

A compelling mystery that grabs you by the throat and doesn’t let go, in a fine translation that gives Iceland a new and powerful voice. I can’t recommend it too highly.

This stunningly vivid novel brings its reader right into the body of a woman as she tries to make sense of her life and her family after illness that impacts her memories. She faces her own choices, while not remembering making them. What are we without our memories and what are our relationships without memories? This is a terrifyingly well written novel about the shock of not being able to trust the body you are trapped in. It portrays life reduced to its bare bones and how we live on to find hope and unexpected allies. Meg Matich’s excellent translation pulls off the magic trick of making it feel as if you are reading in Icelandic

Jónsdóttir’s powerful story of memory, identity, and the legacy of violence, her English-language debut, chronicles a woman’s recovery from an epileptic seizure. Saga, mother to a three-year-old son named Ívar, wakes from a grand mal seizure with very little memory of her life. After she returns home, where her brother, sister, and parents watch over her, she tries to hide just how much of her memory she’s lost. As small details resurface, such as a vision of the bus shelter where she was waiting with Ívar and had the seizure, any negative memories that arise cause great pain (“Did Ívar chase after the bus?” she wonders, as her mouth fills with the taste of blood). All of this causes her picture of the past to darken with ominous blank spots. She does not know why she and her ex-husband, Bergur, are separated, nor what secrets from her family’s past caused her mother to go missing in the days following her seizure. By telling Saga’s jagged story in intimate narration, Jónsdóttir invites the reader to piece together the haunting memories and tragic realities alongside the main character. By the end, this becomes a gripping quest for the truth of what lies between the surface and what those around Saga have chosen to forget. The limited perspective and acute sense of the narrator’s pain, both ingeniously rendered, make this unforgettable.

The amnesia that descends on a young woman following two epileptic seizures forces her to reassess her role as daughter, sister, partner, and mother… An engrossing if stifling plunge into the consciousness of a woman on the edge.

Readers should not enter Quake expecting a thriller or the story of a kidnapping; the novel has a different, more-interesting project at its heart, a metafictional experiment that might have been purely cerebral, but is used to heart-wrenching results

For all the philosophical quandaries that Quake raises, the book never feels contrived or solipsistic. In Matich’s English translation, Saga’s shifting understanding of herself is rendered in a language that is straightforward yet poetic, for Jónsdóttir understands that human life is inherently imbued with poetry.

Quake is to be applauded for its ambitious approach to exploring our understanding of ourselves as if we were starting with a blank canvas… The journey of discovery that we share with the central protagonist, Saga, who, after having her memory wiped, is painting her canvas, is deeply involving, emotionally draining, but also exciting… This is an intimate and unforgettable read.

Quake is an unflinching exploration of the human instinct to forget and deny trauma, as well as the power of mindful forgiveness; in this way, it is a thrillingly contemporary perspective on the choices we make, conscious and unconscious, that give our futures their shape.