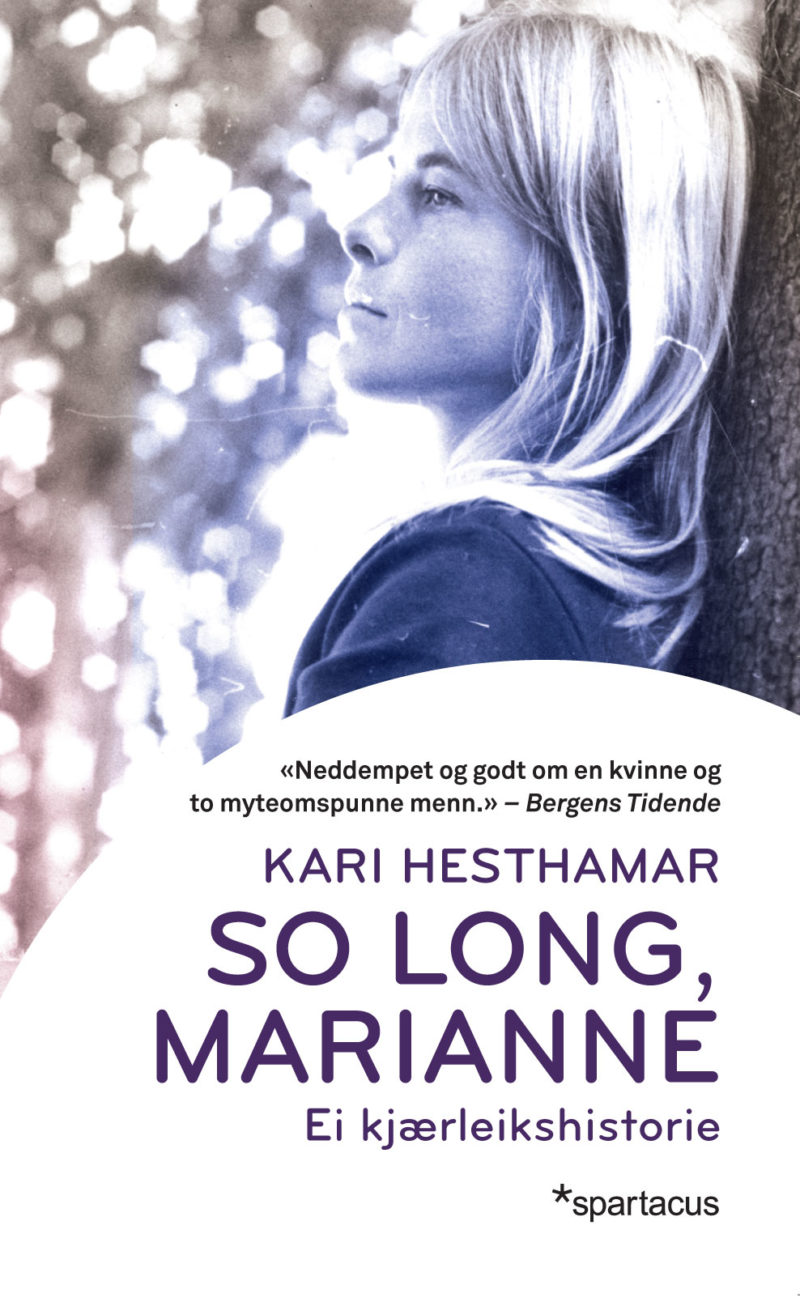 The story of the enigmatic beauty who captured the hearts of two extraordinary men. At 22, Marianne Ihlen travelled to the Greek island of Hydra with writer Axel Jensen. While Axel wrote, Marianne kept house, until Axel abandoned her and their newborn son for another woman. One day while Marianne was shopping in a little grocery store, in walked a man who asked her to join him and some friends outside at their table. He introduced himself as Leonard Cohen, then a little-known Canadian poet. Complemented by previously unpublished poems, letters, and photographs, So Long, Marianne is an intimate, honest account of Marianne’s life story — from her youth in Oslo, her romance with Axel, to her life in an international artists colony on Hydra in the 1960s, and beyond. The subject of one of the most beautiful love songs of all time, Marianne Ihlen proves to be more than a muse to Axel and Leonard; her journey of self-discovery, romance, and heartache is lovingly recounted in So Long, Marianne.

So Long, Marianne will appeal primarily to [Cohen’s] legion of die-hard fans wanting to fill in biographical gaps and read some of his previously unpublished poems. Yet the book’s great delight is Hesthamar’s sun-drenched evocation of life in Hydra during the years of its transformation into a Bohemian idyll for poets, painters, and musicians from around the world.

A quirky and unusual addition to the Cohen files, with previously unpublished poems, letters, and photographs.

Richly textured and revealing . . . Readers will be drawn to Ihlen as representative of a young woman’s struggles in the changing society and artistic milieu of her time. Her story will provide an additional perspective for those familiar with Cohen’s work. Rare letters, poems, and photographs enhance the text.

Hestamar sketches Marianne clearly: her insecurities and earned jealousies, her beauty and blandness, her feminine wrestling between art and domesticity . . . The photographs, folded like memories into the pages, show a woman whose eyes are filled with undeniable fire and presence.

A bohemian time and place so tantalizingly evoked by the famous snap on the back cover of Songs From a Room, and a mythologized affair that received a lasting benediction from the song that provides the book with its title, are explored in greater depth than the standard biographies allow through interviews with both Ilhen and Cohen. As a considerable bonus, there are some hitherto unseen Cohen poems.

A vivid glimpse of life on the Greek island of Hydra where artists traveled to live, love and escape convention in the heady ’60s, with excursions to Norway, Montreal and New York, this thoughtful story of a young woman finding her own way in and out of love is a good read in its own right. The glimpse into Cohen's memories and heart is a particular treat for his fans, and they will be pleased to find several previously unpublished poems.

While many muses’ identities are confined to their role in the art they sparked, Hesthamar’s thoughtful and empathetic biography centers on the woman herself, elevating her from an inspiration to a full-fledged human, interesting for her own life, on her own merits . . . Marianne is ultimately a likable and beautifully imperfect protagonist. It’s the mark of a wonderful biography that we, too, fall in love.

So Long Marianne is a dream of a book, beautifully written and nostalgic.

So Long Marianne is an empathetic telling of a love story between a man who would be famous and a young woman trying to make her way in a complicated world.

A book worth reading, which puts the 1960s in perspective.