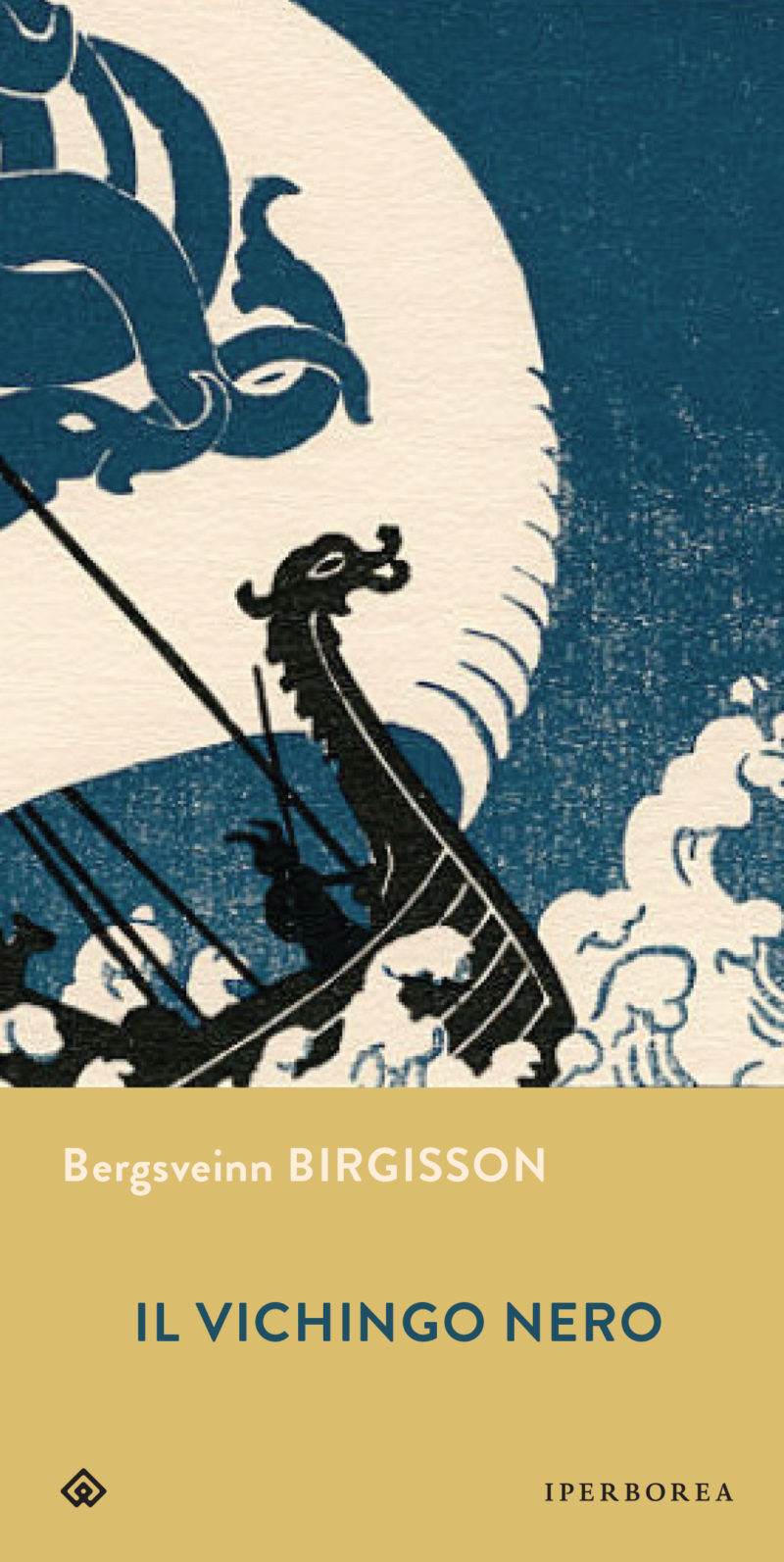 This story begins in Rogaland year 846 AD. One day a very special royal son is born- Geirmund Heljarskinn. But we know almost nothing about this personality, there is no saga about him, and posterity has done it´s best to forget him. Why?
We know that his mother was from Siberia, therefore, he was born with Asian features. Geirmund Heljarskinn becomes the “Black Viking” – the most powerful settler on Iceland through times. Dark-skinned and with Mongolian facial features he was a pioneer in international hunting economy. Heljarskinn had hundreds of slaves; Christians from Scotland and Ireland.
1100 years later a distant relative of Geirmund, author Bergsveinn Birgisson, addresses the question of Geirmund Heljarskinn´s life, and why he is forgotten. Old fragments, modern genetics and information collected on trips to faraway places is put together, creating a fascinating and shocking portrayal of a raw and poetic past.
Rarely, if ever, has the Viking Age been introduced to us in this way.

Birgisson is a fine combination of a poet and an exciting and original academic author. «The Black Viking» is a sensational work, nothing but a newly written Icelandic saga from the early settlers on Iceland. It differs from the classical sagas, this is an alloy of academic historical and philological scrutiny and impressive penmanship. Fascinating and innovative in its own well documented saga with personal notes

A masterpiece! I have never been interested in Siberia. Not until now. Maybe not really the Viking period either. Not until now. This book presents priceless knowledge at a time when humanities tales supposedly not are worth publishing anymore. Thank goodness then for professional defiance and the stubborn need to tell, and for publishers' efforts to keep the stories alive. This book's wealth and excitement deserves respect. It should get a lot of readers. They will be surprised how history still has so much new to say. So many undiscovered coasts

With joyful storytelling and a wealth of detail the author manages uniting the author and researcher, making Geirmund a figure created of facts and spirit. That's how the great saga tellers related to history ... I congratulate Birgirsson with an important and ambitious project that engages. Thorough review of historical findings and an attempt to interpret these from his own perspective- a colorful language and imagination makes the fishing trip with him in "Ginnungagapet» fun and useful

The author polishes a dusty window to the past and let us get a clear view straight into the Viking´s lifestyle and society. ... Maybe hard to believe about a book equipped with eighty-five pages of references; but this is a fun and playful reading experience. The change between multiple angles of storytelling, from source analysis to more literary, works very well. Based on his insight into practical everyday details of people around the North Sea area in the eight hundred century, Birgisson sketches out the big picture and allows the story to be something more than a portrait of a single person. "The black Viking" is simply obligatory for anyone who is in the least interested in sagas and the Viking era.

Birgisson writes personally and with presence about his efforts to find traces of Geirmund Heljarskinn in written sources and archeology. The reader is thus presented to not only the Norse culture, but also the effort to recreate it. "The Black Viking" becomes a book with both classical drama and action, and with a considerable academic excitement. ...
The Brage Award Committee generally seem unconcerned about nominating books that thrill audiences in addition to being academic. But by nominating this within the category nonfiction they have hit the jackpot

Bergsveinn Birgisson´s story is as captivating as a crime novel and as scholar as a dissertation. Non-fiction needs professionals who know their material profoundly, and the academic Birgisson ensures that all information is placed safely in a professionally rooted universe, although Birgisson´s hypotheses are daring. Maybe just therefore it is possible to launch such revolutionary hypotheses. ...
In the sensuous depictions, in the specific details and the solid connection to Iceland with all its traces from the past, we will learn to know the author and descendant of Geirmund Heljarskinn. The two share some common features. None of them quite fit in. Geirmund was a mixture of Rogalending (Southern Norway) and Mongol who was displaced from the great Icelandic narrative of a nation's origins. Bergsveinn is a combination between an author and specialist living on scholarships and certainly a good deal of idealism. We need to encourage and take care of such counter-voices

With joy of storytelling, commitment and a vivid language, the author offers a broad cultural insight into the Viking world.
... It is impressive that Icelandic Bergsveinn Birgisson this way help to further develop publisher Spartacus distinctive profile with historical storytellers as they have established over the last couple of years

The Black Viking is unlike anything else, an amazing true story about one of the most powerful Viking kings whose towering presence and power is nothing short of epic. With his unparalleled research, Birgisson has painstakingly recreated an extraordinary life’s story that had been thoroughly written out of history

Wildly exciting...Imperialism, trade and war are intimately connected, both in the past and in the present.

"The Black Viking" gradually crescendos into a thought provoking cultural history of Iceland which gives interesting insights into the sagas and the viking era's mode of thinking and raw reality...All from the starting point of a viking no one, until now, knew anything about. It's good going!