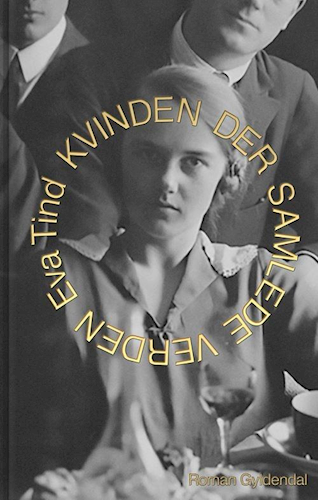 A psychological drama about one of the 20th Century’s most important scientists. The Woman Who Joined Up the World is Eva Tind’s biographical novel about the Danish zoologist, Marie Hammer (1907-2002) who, over 47 years, travels around the world alone with a singular purpose. She wants to prove that the world’s continents, at some point in time, were joined together. At the same time, she dreams of having a family. But against the norms of the day, she insists that her husband must never get in the way of her research. She is the first woman to join Knud
Rasmussen’s 7th Thule expedition in 1932, and then raises funds herself for her month-long expeditions. She writes her doctorate at home from the kitchen table with her four children around her, an unpaid researcher. She plans new itineraries for her conquests on the world map in her scrapbook. Almost 50 years after her first expedition, Marie Hammer changes world history. Her persistent efforts lead to success in uniting the world, but she has to acknowledge that in her absence her family has crumbled. The Woman Who Joined Up the World is the story of a unique and fantastic scientist’s connection to nature and the desire to make your mark on history. About human ambition, family, love, renunciation and reconciliation – of the world and between people.

In ‘The Woman Who Joined Up the World’, Eva Tind uses the conventions of the historical novel to tell, with great energy, the story of a female zoologist who, in the middle of the last century, collected a colossal amount of material, which helped to prove that the continents were once joined together.(…) The title has something of the blockbuster or old Hollywood movie about it, which the book happily lives up to by being a fairly straightforward, everyday chronological depiction of an unusual woman who, in her adventurous life alternately travelled around the world collecting soil samples and sat at home with her microscope, closely studying microscopic organisms in the samples.

Eva Tind has written a touching novel about the steely zoologist, Marie Hammer, who revolutionised our knowledge of the continents (…) Eva Tind depicts Marie's struggle to be the protagonist of her own life with great insight and great sympathy (…) Scientist, mother, human being. Marie Hammer is given body and soul in Eva Tind's prose.

She saves a unique woman from oblivion (…) Tind succeeds in making a credible novelistic character out of Marie Hammer. With this novel, Eva Tind brings literary prowess to the important current effort to draw unique women from the oblivion of history. She manages not only to give a convincing depiction of a woman and her driving force, but also to convey her research so that even a scientifically illiterate person like me can feel I have understood it.