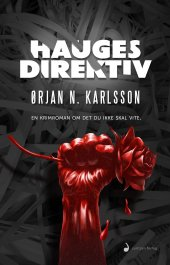 Book 2 in The Foundation trilogy

A crime novel about what you should not know.
A former Chief of Police Security Service meets an informant at the closed subway station Valkyrien in Oslo.

Later, the body of a woman is found in the same place. Underneath the body is a black chess piece and a cryptic message.

Investigator Kyrre Kaupang is now working for the secret intelligence organization The Foundation. Along with partner Lorents Sølvberg, he must find the killer before more murders are committed. Along the way, they reveal an unknown Oslo, a network from secret times and underground corridors commenced by the Nazis and after the war continued by Norwegian politicians with their own cold war agenda later.

Corridors still in use .. In the darkness below Oslo’s streets the present and the past meets.