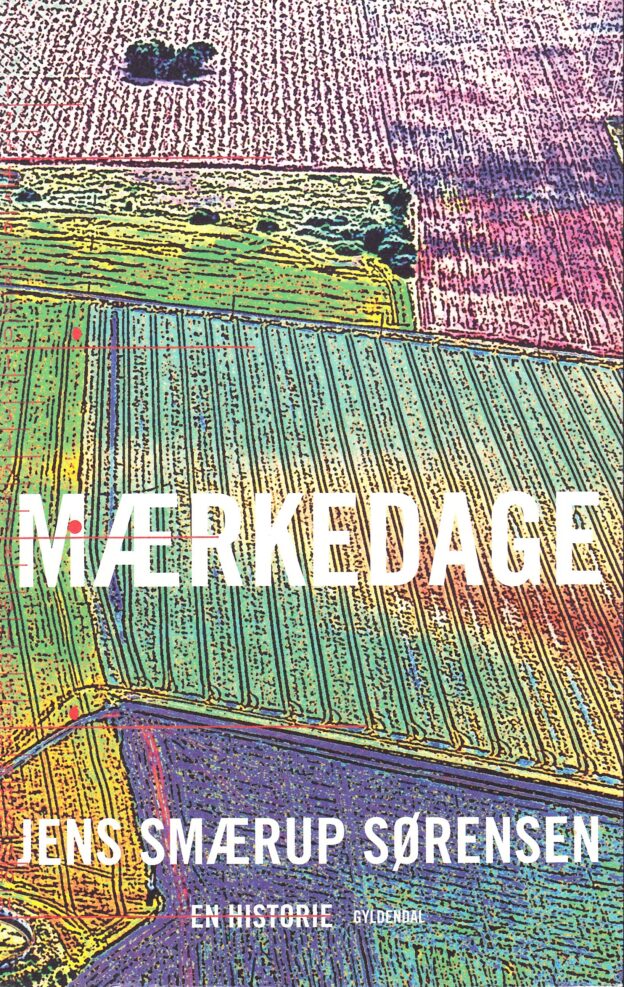 There are red-letter days to be celebrated – a confirmation in 1934, a silver wedding anniversary in 1967 and a third birthday in 2003. They take place in Staun Village Hall as long as it’s there, and then – when everything else has also changed – in a large hotel. Through the parties, we follow two families at Bisgaard and Kristiansminde, but also many of their guests, who are mostly just as diligent at adapting to changing times and customs as at following their very own desires.

Old Søren Godiksen sees everything he has believed in become nothing. The sons and daughters on the two farms each seek their own ways to arrange their lives in a new time where very little can be taken for granted: the adopted child Axel gets to take over most of the village; the wild “girls” Emma and Mary find ways out of the previously so rigid but now quite meaningless female roles; their little brother Peder and his beloved cousin Ellen will appear on the world stage, as a war hero and as a UN employee.

And the next generation becomes completely immersed in today’s consumer society. But perhaps also work, like the academic Søren Lundbæk, to ‘understand’ all the violent changes of the 20th century.

Red-Letter Days is both a tragic and ridiculous tale of the final dissolution of an old peasant culture with the arrival of the modern world.

...Jens Smærup Sørensen..has thrown all his material up in the air, only gathering some of it up again and put the pieces together in a new and original way. Thus creating a large and weighty novel that is at the same time light, airy and graceful.

...in the midst of all the fragmentation [Sørensen] has fully succeeded in producing a credible and complete mental topography. It is truthful, precisely because it leaves room for several centers, several complementary perspectives. And the 'big' story is nevertheless told, along the way, from and through the little stories. It simply happens in a manner faithful to the complexity of experience, the complexity of postmodern experience.

Jens Smærup Sørensen has written the Danish contemporary novel we have been waiting for, for a very long time...Jens Smærup Sørensen’s in every sense great work about time, sweeps across a part of Danish rural culture, dissolves it and leads it into a modern world of free choice, consumerism and the pursuit of one's own desires...The book, whose designated genre on its cover is ‘A story’, can be read as a family novel and snapshot of history. At the same time it is a refined and modern novel. Smærup is at the peak of his linguistic artistry – and full of humor!