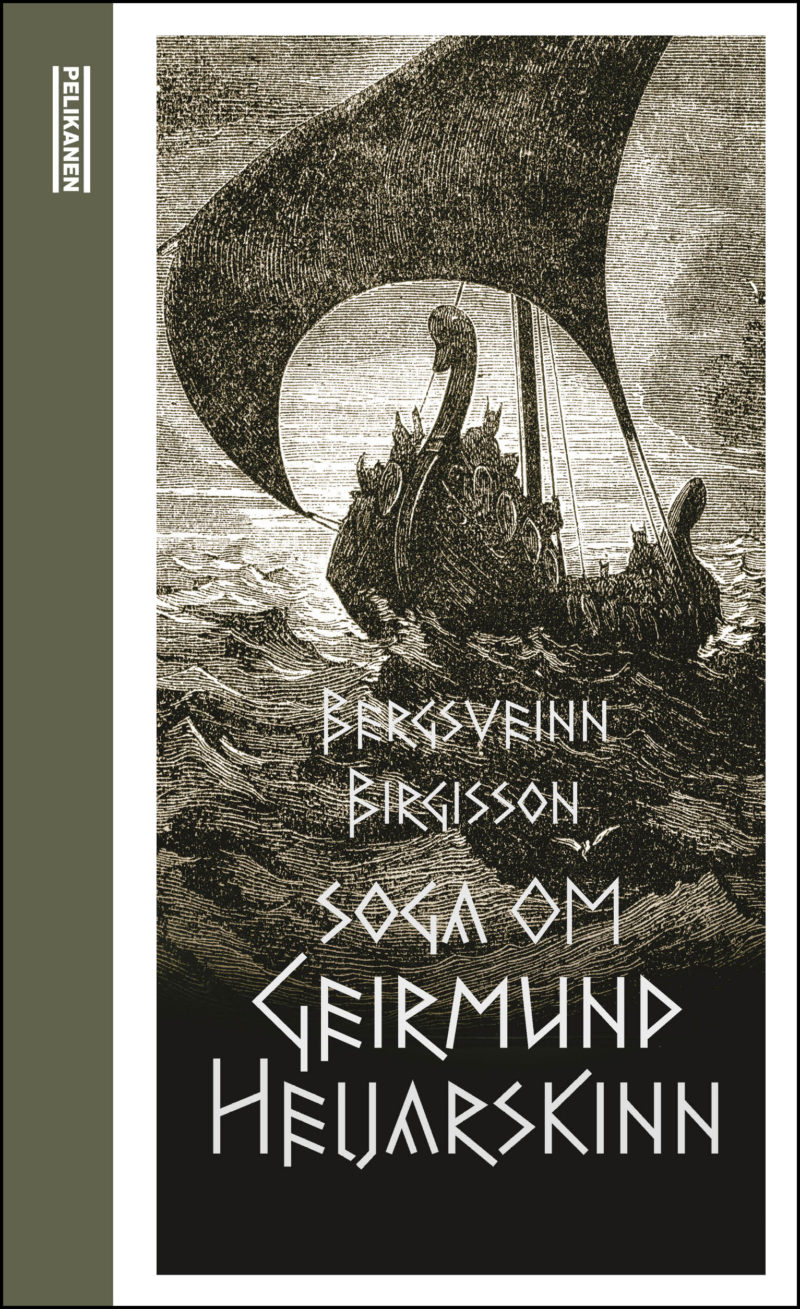 Who was Geirmund Heljarskinn, son of a king from Rogaland, Norway, who became the most powerful settler on Iceland by the end of year 800? Bergsveinn Birgisson´s research resulted in the book “The Black Viking”; where we learn the story of Heljarskinn- from being an orphan to become a powerful Viking ruler; one of the greatest.

It is unusual and puzzling that such a strong character does not have a saga describing his deeds.

But the saga of Geirmund Heljarskinn is finally found!

Birgisson tells in his foreword how he in 2014 was contacted by a friend and colleague from Iceland regarding a sensational discovery in the Icelandic National Library- a copy of a handwritten manuscript found in a now lost monastery on Iceland. The manuscript seem to be the saga of the most powerful man on Iceland ever- if it isn´t a falsum…

Soga about Geirmund Heljarskinn" is fascinating, rich and dramatic, and written with a fabulous energy. It is tempting to say that if you are only going to read one saga, it should be this

What a saga! It has everything: Heritage, kings and giants. Ravages in the east and west, settling in Iceland, disturbing dreams and poetry verse. But there is also something diverse from other sagas: a narrator who gives of himself, and, not least, a very unorthodox main character [...]