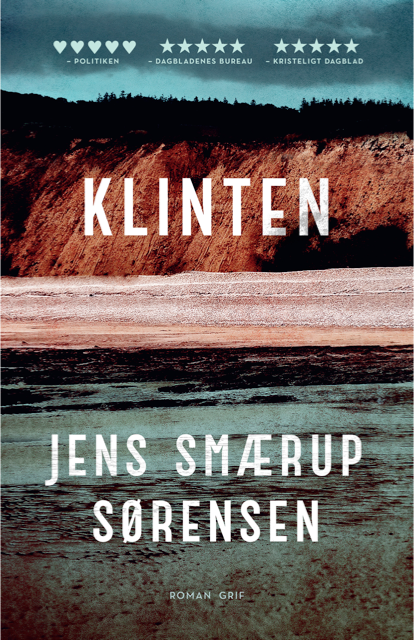 A novel about the residents of “The Cliff” and the makeshift community they form to protect the coastline along the cliff that gives the street its name. The main character is Jeppe, roughly thirty-five years old, who is staying temporarily in his parents’ house while he finishes a project on prepositions in machine translations. Sigrid, a neighbour who takes the initiative to set up a residents’ meeting, soon comes to play a highly dramatic role in his life, all while he deals with several other (more or less) motherly women: Birgitte, Lise, his mother. And the hurricane, Mona. As well as an eccentric crank who believes he has been sent by God. The various narrative threads are all interconnected: the climate crisis and an old man’s death and funeral, Jeppe’s awakening from technological dryness into sensual love, and the short-lived community that arises when the residents decide to try and protect their coastline.

The Cliff casts a revealing but always warm eye on its characters, lifting the reader’s spirits through its description of apertures and landslides in an otherwise deadlocked life.

An intense novel... Never before in Danish literature has a pair of buttocks, their position, size, and movements, been described in such sweeping and well-choreographed detail. Priceless.

Innovative. A novel about the times, for the times.

Beautifully written. (...) When you finish reading it, you want to start from the beginning again.

A picture of the society we know so well. Drawn with few strokes. You have to tip your hat to this novel.

Jens Smærup has delivered a novel, which, in its refusal to take itself too seriously may not be the one which finally wins him the Nordic Council Literature Prize, but which is all the more fun for it.