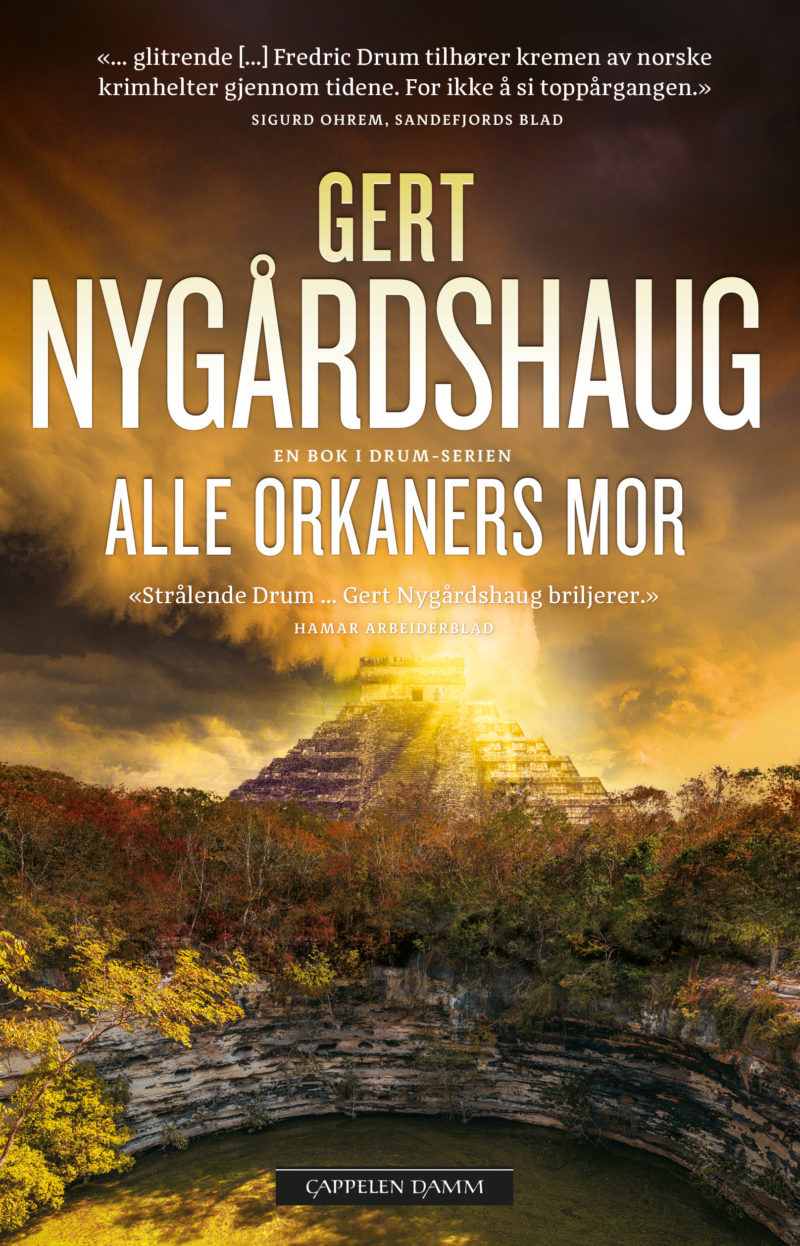 Fredric Drum takes a well earned break from his restaurant and goes on holiday to Mexico. Not unexpectedly, his holiday is interrupted by his uncle, National Crime Agency investigator, Skarphedin Olsen, who calls to tell Drum that one of his archeologist friends has gone missing in Mexico. Skarphedin puts Drum in touch with the local police force and while Drum searches for the missing friend, he is drawn into the hunt for a local mass murderer, an election campaign and the exploration of Mayan culture’s ancient scripts.

The book is written in Nygårdshaug’s unmistakable explosive style, the language sparkles and the excitement builds.