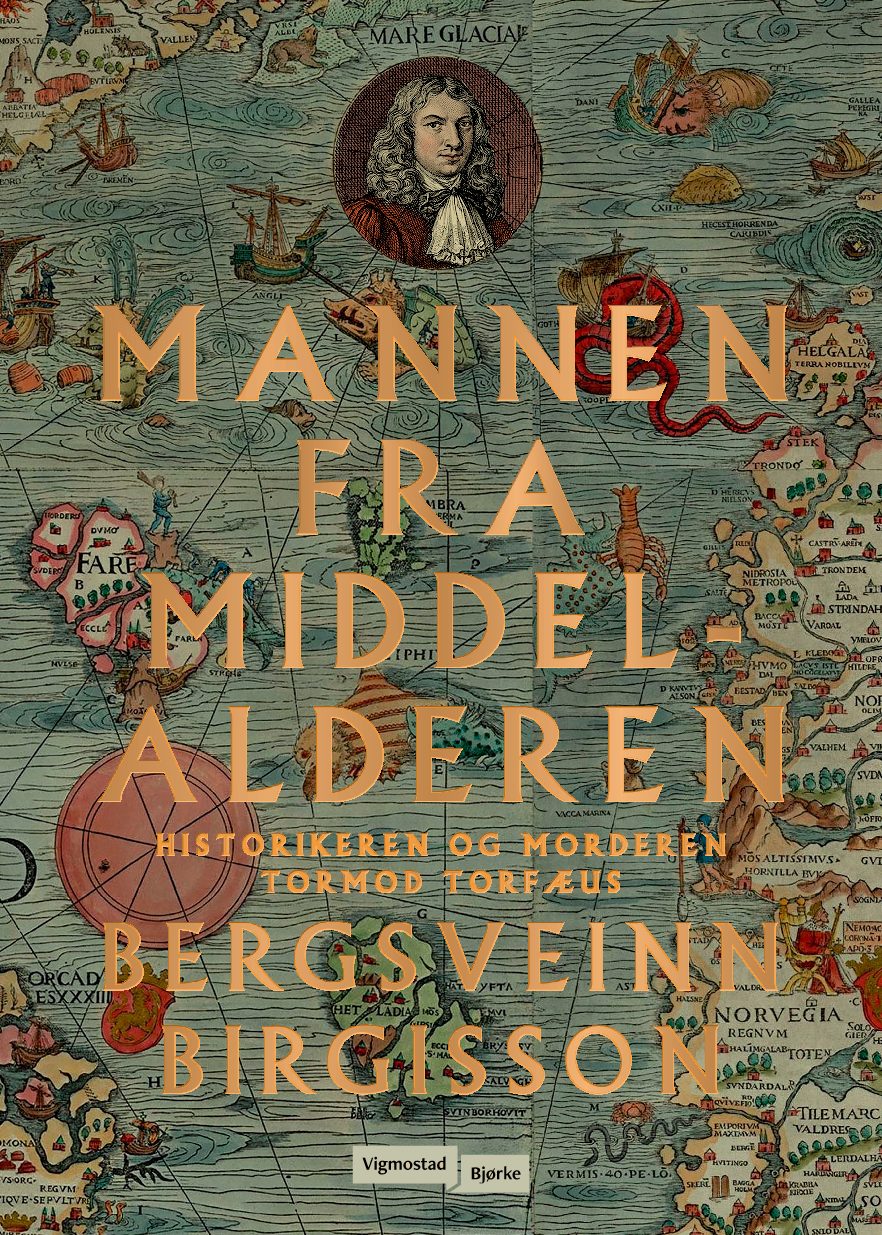 An incredible story about the search for our history. In the same style as in The Black Viking, this time Bergsveinn Birgisson gives us an obsessing picture from the 17th century.

A young Icelander is sent from Denmark to Iceland to collect everything he comes across from old sagas and legends and take it back to the king in Copenhagen.
This is the beginning of an incredible story of lust and sorcery, murder and shipwreck.
But it is also the story of how most of what we know about the Viking Age survived due to coincidences.

An exciting story about and a portrait of a very special man ... As in a crime novel, Birgisson describes how Torfæus through cleverness and important acquaintances was pardoned in a murder case where the executioner was more than ready to carry out the punishment(...)With his sharp pen and analytical and popularizing abilities, he should reach an audience that is far larger than those particularly interested in history

Brilliant (...) Both instructive and written with a drive commercial authors would envy

Can a non-fiction biography of an unknown 17th-century historian also be a page turner? The answer is yes.
...
As he did in "The Black Viking", he also this time takes the reader on a journey through the source material and makes us experience it as if we discover the story together.
...
"The Man from the Middle Ages" is not just a biography of an unusually gifted man and an exciting time picture from a turning point. It is also a story that makes me feel enlightened and uplifted. "

Through his account of Tormod Todfæus, Birgisson is able to show how the battle over how the past should be recorded is full of coincidences and subjective choices; truth is established on shaky foundations until it is challenged by alternative perspectives and sources. Writing history has been and still is a question of power, modes of presentation and selection, and Birgisson has found a good balance between the concrete details, which create an image in the mind of the reader, and the broader brushstrokes needed to reveal the bigger picture, without losing touch with his sources.